Samsung Galaxy A22 5G Review: The good, the bad and the verdict

We’ve had the device with us for some time now, so in our review of the Galaxy A22, we will use our findings from our time with it to figure out if it’s indeed a better offering than them. As always, before giving our verdict on the device, we’ll run it through a battery of tests and benchmarks to give you an accurate understanding of what you would be signing up for if you eventually decide to buy the Galaxy A22 5G. 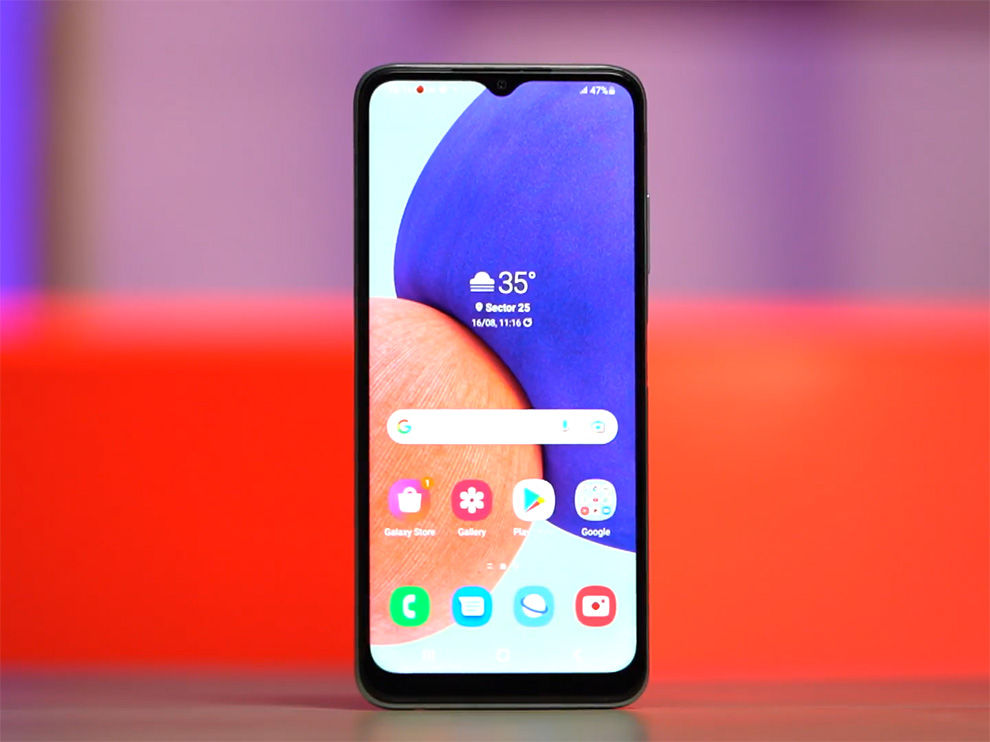 To begin with, one of the most interesting things about the A22 5G is the design. The phone follows a similar design language to the Galaxy A52 and the Galaxy A72 smartphones launched earlier in the year. So at the back, you get an interesting matte finish polycarbonate cover which reflects light ever so slightly to give the phone a premium look. Additionally, the matte finish also ensures the phone doesn’t pick up smudges easily and is also relatively immune to scratches. The finish is also such that it feels nice to touch and is lightweight in the hand.

Overall, the back panel keeps things simple, as there’s only Samsung’s logo and a slightly protruded square camera set-up at the back. The back panel merges into the plastic frame of the body, which houses a 3.5mm jack and a Type-C port along with a bottom-firing speaker grille. The volume rocker and the power button are placed on the right of the frame, with the latter also doubling up as the device’s fingerprint scanner.

The phone also offers a decent display at the front. While it’s not an AMOLED panel — something that we’ve grown accustomed to seeing on Samsung phones in the recent past — the phone does get an IPS LCD panel that gets the job done. This is a Full HD+ panel that offers good viewing angles and is par for the course if you’re looking to watch movies on the phone or just browse through your Twitter and Instagram feed. 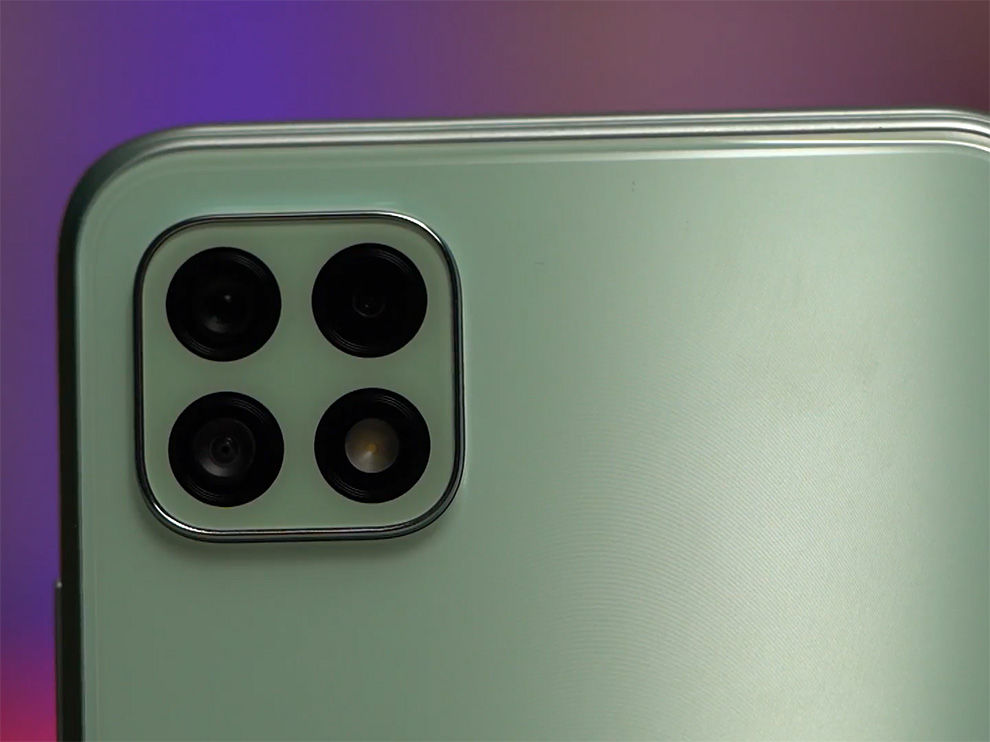 It offers good sharpness, and its ability to produce crisp visuals helps enhance the appeal of the phone. The Galaxy A22’s display also offers fast refresh rates of 90Hz. While it’s not the fastest, or for the matter the slowest, in the price segment, in isolation it should be good enough for most users as it helps make interactions with the device more seamless.

Moving on, one of the main things to like about Samsung’s latest smartphone is the fact that it offers good performance for most tasks of daily use at an affordable price point. This has been made possible because Samsung is using a MediaTek Dimensity 700 chip under the hood that offers above-par performance if you’re not a heavy gamer. This octa-core chip mixes two powerful Arm Cortex-A76 ‘Big’ cores clocked at 2.2GHz and six ARM Cortex-A55 cores clocked at up to 2GHz. The chipset is based on the 7nm production process. This chipset has been paired with up to 8GB RAM and 128GB storage for improving performance.

All this hardware interacts with the phone’s well optimised OneUI 3.1 interface to bring to life smooth, and almost flawless experiences at most times. So, if your basic requirements from the phone involve watching movies, browsing through the web and flipping through multiple social media apps throughout the day, then the Galaxy A22 5G has you covered. Another point mentioned here is the fact that for an average user, the Galaxy A22 is also a future-proof device as it promises support for 5G basebands when they become available for the general public in the country. Further, Samsung is also promising two years of Android OS upgrades and three years of security patches.

In what’s becoming a trend for Samsung phones these days, the Galaxy A22 performs quite well in the battery department. The phone gives good battery life backed by its 5000mAh battery pack which easily lasts over a day on a single charge on moderate use. The only problem with the A22’s battery is that it does not support super-fast charging, with the A22 being bundled with a 15W charging brick in the box. 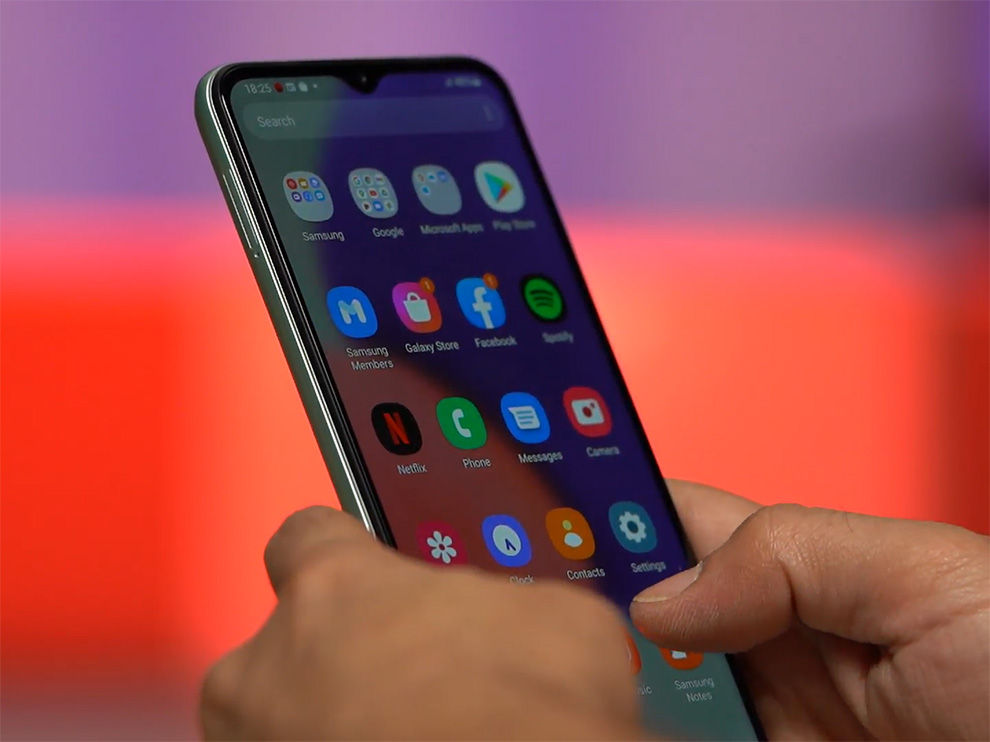 Samsung Galaxy A22 5G review: The not so good

While the phone does offer decent performance for an average user, it disappoints a little if you’re looking to run graphics-intensive titles such as Call of Duty Mobile and Asphalt 9 Legends. The performance for gaming isn’t the best in the segment, with the above-mentioned titles only running smoothly when set to medium/low graphics settings. But then again, the Galaxy A22 5G isn’t meant to be a gaming phone, and as such, its limitations when it comes to gaming are understandable.

As expected, this was also the case for synthetic benchmarks. During our review, we tested the Galaxy A22 5G using our suite of benchmarks only to observe that the phone did not score very high numbers in any of them. The performance was average as the phone trailed scores achieved by competing devices such as the Mi 10i and the slightly more expensive, OnePlus Nord CE.

On AnTuTu, the Galaxy A22 5G clocked up 301124 points, while on Geekbench, it scored 557 and 1724 points in the single-core and multi-core tests. PCMark 3.0 also threw up an average score of 7689 points, with GPU-based 3DMark Wild Life scoring 1103 points. Getting back to the CPU of the device, a 15-minute session of the CPU Throttling Test revealed that the performance of the device was being hampered during resource-intensive applications because of the CPU being throttled to 76 per cent of its maximum performance.

Moving on from the gaming and benchmark performance of the device, another thing that works against the Galaxy A22 is the fact that it comes with quite chunky bezels around the display. This is something that we wish Samsung had worked on to not only reduce the overall size of the device but also its appearance. Talking about the display, we’ll also take this opportunity to mention that the panel on the device is not the brightest in the segment, and as such does look a little faded when you use it directly under sunlight.

The cameras are a mixed bag and not really a negative. Yet, we’ll like to mention that apart from the primary 48-megapixel lens of the device that’s good for shooting pictures in well-lit situations, the phone offers average performance in the optics department. This is because the 5-megapixel ultra-wide lens loses a little in sharpness and dynamic range. There’s also a 2-macro lens on the device which appears to only be there to make up the numbers, as it does not offer very good results.

As mentioned above, low light performance is only passable, with the primary lens throwing up decent results, while the other two lenses leave much to be desired. However, this is where Samsung’s work in computational photography pays off as the Galaxy A22’s dedicated night mode does improve the low light performance of the cameras considerably. 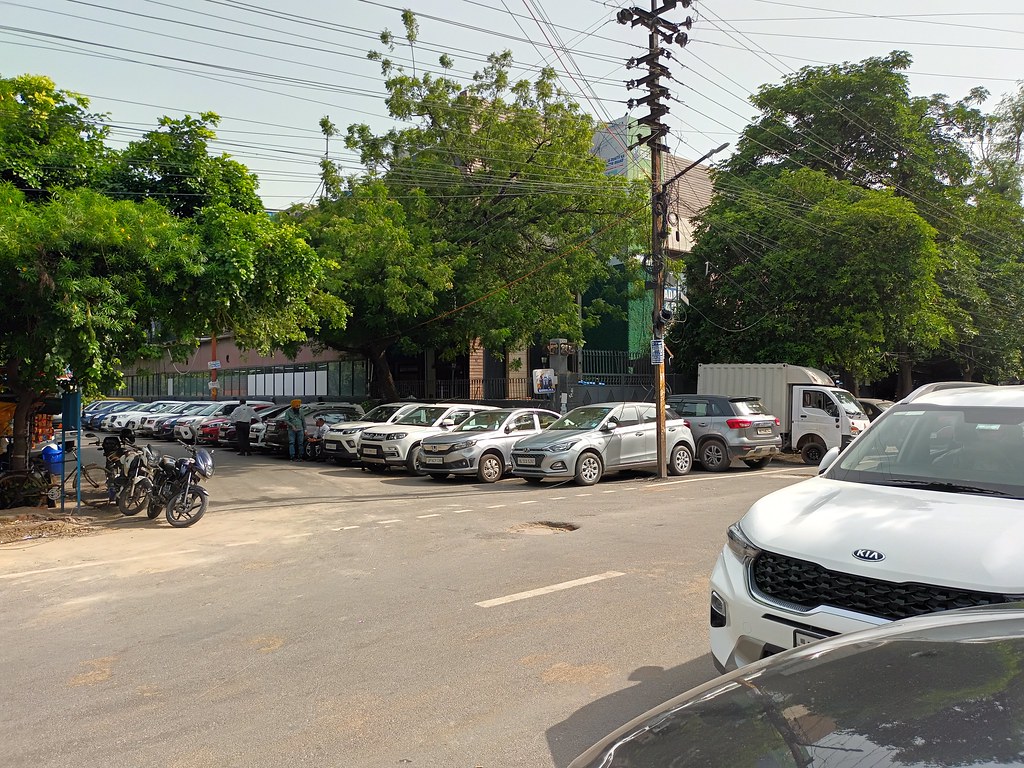 As a phone for the average user, there’s very little to fault the Galaxy A22 for. The phone offers solid build quality, a good design and also a nice display. It also does well in the battery department and offers cameras that promise good daytime performance as well as low-light photography with the help of the camera’s Night Mode. To top it all, it’s 5G ready and also packs plenty of power to handle apps of daily use — I.e of course, if you’re looking to not run too many graphics-intensive games on it.

Despite there being a lot of options in the segment the device comes fighting in, the Galaxy A22 still manages to emerge as a good option in the sub-rs 20,000 segments of the market. So, if you’re looking for a new 5G phone in this price range, and especially one from Samsung’s stables, then this definitely is the device for you.