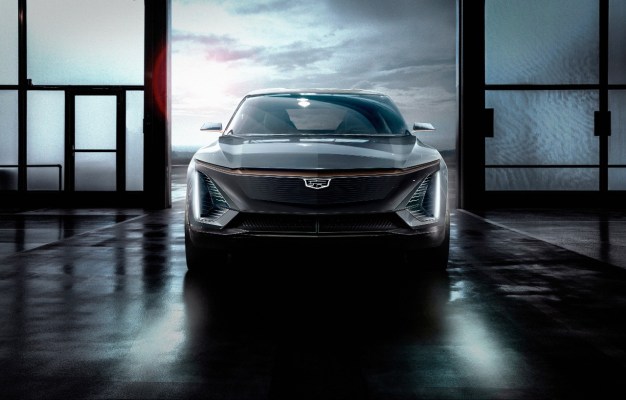 GM and LG Chem announced Friday plans to build a second U.S. battery cell factory — a $2.3 billion facility in Spring Hill, Tennessee that will supply the automaker with the cells needed for the 30 electric vehicle models it plans to launch by mid decade.

Construction on the plant, which is located next to GM’s existing Spring Hill factory, will begin immediately, the company’s CEO and Chairman Mary Barra said in a press conference. The battery factory is expected to be completed by late 2023, and create 1,300 jobs.

Once fully operational, the joint venture’s two battery factories will have production capacity of more than 70 gigawatt hours, which LG Chem Energy Solutions CEO Jong Hyun Kim noted is two times bigger than the Tesla gigafactory in Nevada. Tesla’s factory in Sparks, Nevada, which is part of a partnership with Panasonic, has a 35 GW-hour capacity.

The foundation of GM’s shift to EVs is its Ultium platform, and the Ultium lithium-ion batteries, which will be built at the Spring Hill factory. These new batteries will use less of the rare earth material cobalt and feature a single common cell design that can be configured more efficiently for higher energy density and a smaller space than current GM batteries, Barra said.

“This versatility means we can put more battery power into a wider variety of vehicles, and at a better price for customers,” Barra said. “It’s truly a revolution in electric vehicle technology that will help democratize EV ownership for millions of customers, which will change lives and change the world.”

GM has used LG Chem as a lithium-ion and electronics supplier for at least a decade. The companies began working together in 2009. That relationship deepened as GM developed and then launched the Chevy Bolt EV. In 2019, GM and LG Chem formed a joint venture to mass produce battery cells as the automaker began to shift toward more electric vehicles. The two companies said at the time that they would invest up to a total of $2.3 billion into the new joint venture and establish a battery cell assembly plant on a greenfield manufacturing site in the Lordstown area of Northeast Ohio that will create more than 1,100 new jobs.

Steel construction began in July 2020 on the Ultium Cells LLC battery cell manufacturing facility in Lordstown, a nearly 3-million-square-foot factory that will mass produce Ultium battery cells and packs. The Lordstown factory will be able to produce 30 gigawatts hours of capacity annually.

The batteries produced at the Lordstown factory, along with GM’s underlying electric architecture, will be used in a broad range of products across its Cadillac, Buick, Chevrolet and GMC brands, as well as the Cruise Origin autonomous shuttle that was revealed in January 2020. The Cadillac Lyriq EV flagship and an all-electric GMC Hummer, which will be revealed this fall and go into production in the fourth quarter of 2021, will use the Ultium battery system. GM plans to reveal the Lyriq at a virtual event August 6.

This modular architecture, called “Ultium,” (same as the battery) will be capable of 19 different battery and drive unit configurations, 400-volt and 800-volt packs with storage ranging from 50 kWh to 200 kWh, and front, rear and all-wheel drive configurations. At the heart of the new modular architecture will be the large-format pouch battery cells manufactured at this new factory.